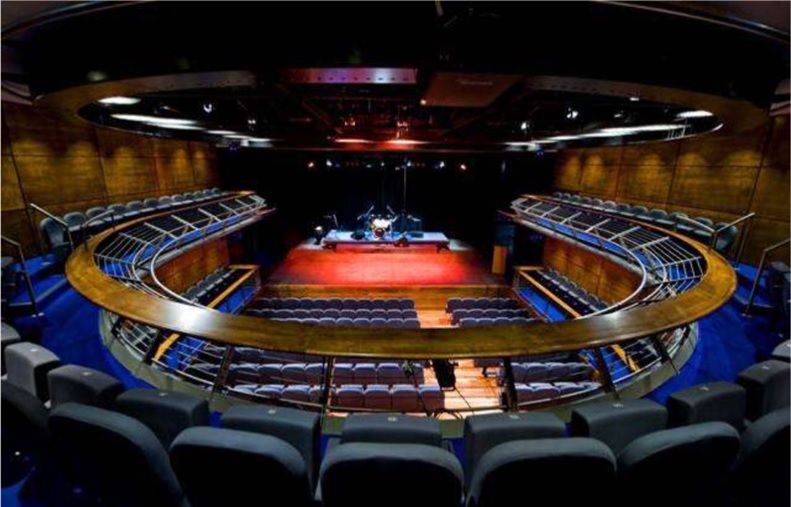 The creative arts provide people from all backgrounds with ways to connect with each other through inspired expression. Perhaps no other creative discipline manages to do this more effectively than drama. Blending writing, performance, music, and staging elements, theatre unites creatives and audiences with stories that span eras and ideologies.

For a storied history of drama in a profound academic setting, one has to look no further than Repton School. Founded in 1557, the institution has stood for centuries as a beacon for education, creative expression, and development. While paying homage to its past, Repton School’s leadership has continued to usher in modern means of reaching audiences, encouraging student growth and furthering its more than 460-year legacy.

Nestled in a Derbyshire village in central England, Repton School’s history goes back to its establishment as a community grammar school by Sir John Port of Etwall. In time, curricula expanded to include drama productions, with the earliest records noting that John Hughes’ The Siege of Damascus was put on in the 1770s.

Later archives show the growth of drama and theatre at Repton School, with no less than nine plays performed between 1805 and 1823. Content ranged from the classic work of Shakespeare to the more contemporary (for the time, that is) production of Arthur Murphy’s The Orphan of China. Not only do these selections show a lauded breadth of study for students, but their popularity with the community was a resounding success. Records show that the makeshift theatre, which fit up to 400 people, had furniture removed to pack in more audience members.

Performance styles shifted with the times as the theatre accommodated speech recitals, lecturers, and entertainment from students as well as touring performers. While some of these visiting dramatists were less than prodigious (a headmaster once noting that a performance was “execrable”), others made quite the impression on Repton’s students.

A visit by Frank Benson’s touring Shakespearean Company spurred even greater fervour for the dramatic arts at the School. Presentations of As You Like It and Twelfth Night prompted students to found the Repton Amateur Dramatic Society. Their own first production in 1911 included an abridged version of Julius Caesar. The performance was deemed a success, spurring the careers of students Vincent dae Ferranti and Maurice Colbourne. In fact, Colbourne went on to perform plays by George Bernard Shaw and take on roles in television.

Combining Old and New in 400 Hall

Beleaguered by two World Wars and fluctuating interest in dramatic arts among students, theatre at Repton School was revitalised in the 1950s. This was fuelled, in part, by the building and opening in 1957 of the new 400 Hall, named to commemorate the 400-year anniversary of Repton School’s founding. The opening was celebrated with a presentation of Hamlet, which a local paper went on to call “the best school production of a Shakespearean play that I have ever seen.” Repton School also notably received a visit from HM Queen Elizabeth and Prince Philip who surveyed the campus and even perhaps the new 400 Hall itself.

With a dedicated facility, productions at Repton School became a cornerstone of student life. Mike Charlesworth, a Repton graduate, went on to serve as Director of Drama and oversee more than 50 productions during his tenure. He also launched the First Year Drama Festival in 1988 to engage younger students with the arts. The School’s programme also expanded with the opening of the Studio Theatre in 2003, financed in large part by former 1927 Repton School graduate Robert Beldam’s Drama Trust.

Recently renovated in 2013, the 400 Hall provides a premier backdrop for student performers and their audiences. The newly refitted auditorium accommodates up to 320 guests and combines Repton’s storied architectural style with more modern elements. Students and all involved with theatre production can access studio spaces as well as a myriad of dressing rooms and backstage amenities. Today, the Drama Department typically presents three large-scale productions annually, bringing together teachers and students across programmes.

Repton School students take an active role in the Drama Department, blending a bookish understanding of classical texts with hands-on application of skills both on and off stage. Students are encouraged to pursue the pathways that interest them most including acting, directing, stage management, sound, lighting, and design. With a well-rounded view of theatre production by actually putting on shows during the school year, students can hone their skills as they consider future careers.

Not all of the learning happens on the Repton campus. Students are able to participate in trips to local and mainstream theatres to inspire and evoke discussion. Backstage tours and workshops help them piece together the innerworkings of theatre production and consider next steps for Drama School or study of Drama at university. To support this, Repton School’s Drama Department offers LAMDA qualification for Acting and Public Speaking examinations. Students are encouraged to diversify their interpretative and communication skills for the road ahead.

Repton has produced many notable actors to live theatre and film audiences. Basil Rathbone made his way to the stage first in 1911 and became well known for his Shakespearean performances and his portrayal of Sherlock Holmes. More recently, Repton helped cultivate the drama talents of George Rainsford, now an actor known for a number of roles in BBC television.

Repton School is a co-educational independent school for boarding and day pupils aged between 13-18. The Drama Department is just one of many hallmark academic and co-curricular programmes designed to inspire creativity and development for students. The creative arts are highly prised at Repton. Expression through performance art provides a healthy platform for self-expression, which in turn helps develop emotionally intelligent young people.

Repton graduates have gone on to make an impact in their communities and the world at large. Notable alumni of the Drama Department include Tom Chambers, Nicholas Burns, Tom Daley, and Ben Cavey. Learn more about Repton School’s Creative Arts programmes: https://www.repton.org.uk/school-life/academic-excellence/creative-arts

The Benefits of Online Educational Programs

Online Education to Become a Teacher

How To Translate Games To English

4 Reasons to Invest in Remote Employee...

Simple Guidance for You in Language Learning

Trends You Want To Know About For...